PT. Greenwood Sejahtera, Tbk is a leading property development company based in Jakarta. Emporium Pluit, Senayan City, and TCC Batavia are some of our projects and subsidiaries' projects

PT Greenwood Sejahtera Tbk or the Company is a limited company domiciled at TCC Batavia Tower One Building 35th , Jl. K.H. Mas Mansyur Kav. 126, Central Jakarta, Indonesia. The Company was founded in the name of PT Greenwood Sejahtera, pursuant to Deed of Establishment No. 20 dated April 16, 1990 made by and before Hendra Karyadi, S.H., a Notary in Jakarta, such deed having been approved the Minister of Justice of the Republic of Indonesia pursuant to Decree Letter No. C2-5277.HT.01.01.TH’91 dated September 30, 1991, and having been registered in Registar Office of District Court of South Jakarta under No. No. 1135/Not/1991/PN.JAK. SEL dated November 26, 1991 and having been promulgated in BNRI No. 24 dated Maret 24, 1992, Additional BNRI No. 1276.

Milestone
In year 2008, the Shareholders acquired 100% of the Company’s shares. The Company also completed The Master Plan of its project, The City Center (TCC) Batavia Superblock located at Jakarta, Indonesia.

In year 2009, the Company did Ground Breaking ceremony for Office Tower One.

In year 2010, foundry of Office Tower One was completed and followed with the upper construction of structure.

In year 2013, the Company awarded as one of the best companies in Indonesia according to Forbes Magazine Indonesia (Top 50 Best Companies Award).

In year 2014, the Company acquired PT Trisakti Makmur Persada and acquired land in Jakarta (JORR) and Surabaya. The Company also obtained an effective statement letter of the Continuous Bond I of Greenwood Sejahtera Phase 1 2014 from the Financial Services Authority (FSA) on December 31, 2014.

In year 2015, the admission of the Continuous Bond I of Greenwood Sejahtera Phase 1 2014 amounting to Rp 72 billion was received by the Company on January 14, 2015.Groundbreaking of Capital Square Surabaya (PT Trisakti Makmur Persada) was carried out on September 2, 2015.

In year 2016, the Company participated in developing Child-Friendly Integrated Public Spaces (RPTRA) of Marunda Low-Cost Apartment, North Jakarta. The development of the RPTRA was carried out as a form of Company’s concern for public and was inaugurated by the Governor of DKI Jakarta on October 18, 2016.

Vision
To be the leader in the property development industry through innovation and continuous improvement, to have the outstanding quality value of product with excellent service standard, able to maintain its profitability and to implement Good Corporate Governance.

Mission
To offer high quality and innovative products, valuable services with added values to all customers. To maintain profitability and optimum return on investment. To maximize the potential of employees taking into account the welfare and career development of employees. To expand projects as well as to create a better environment for the public according to the Company’s commitment. 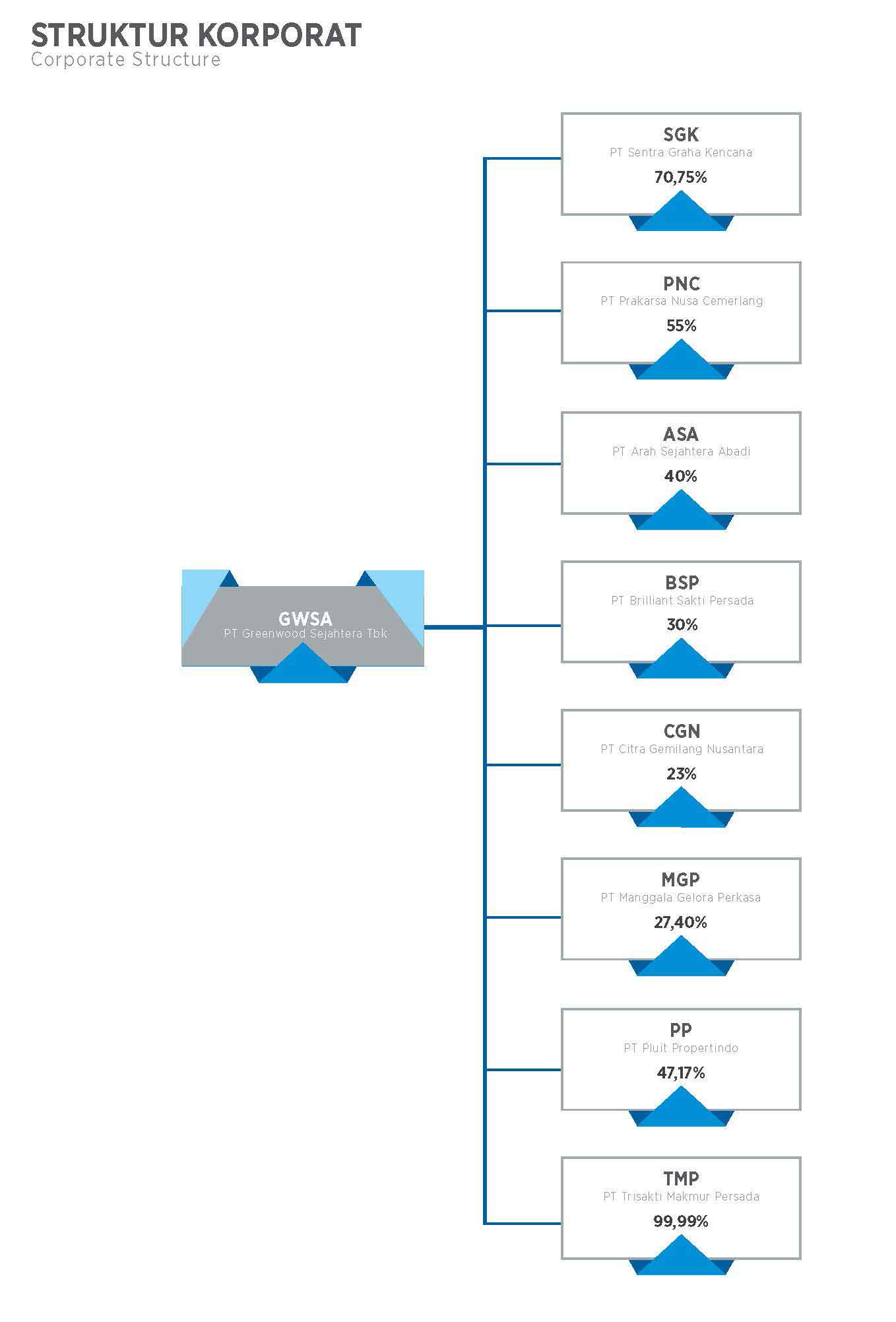 Transparent
To become the valuable asset for the Company to develop the investors’ trusts.

Responsible
To be responsible for the interest of all stakeholders of the Company.

Leading
To provide the most outstanding result quality to satisfy the customers and clients.

Synergy
To build partnership in a synergy to improve the performance of the Company.

Trusted
To become a trusted partner in creating positive energy for sustainable development. 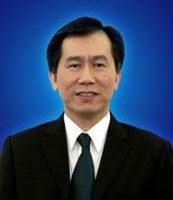 President Commissioner
Member of the Board since 2013
An Indonesian citizen. Completed education from Parahyangan Catholic University, Bandung in 1990 and Master of Management from Indonesia University, Jakarta, in 1992. Served as Company’s President Commissioner since November 2013 and reappointed in October 2014. Presently served as CFO at ADR Business Group and Director of PT Selamat Sempurna Tbk. Previously positioned as Internal Audit Manager and Deputy General Manager in Finance & Accounting PT Sac Nusantara (1990- 1997), Director and Corporate Secretary of PT Andhi Chandra Automotive Products Tbk (2003-2006) as well as Corporate Secretary of PT Selamat Sempurna Tbk (2003-2013). 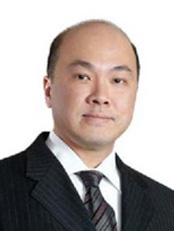 Commissioner
Member of the Board since 2016

Born in Jakarta in 1967. Graduated from Oregon State University, Corvalis, Oregon, USA in 1990. Served in various positions for investment banking companies between 1991-2008. In 2009-2011 served as Director of PT TCP Internusa. Served as Company Commissioner since June 2016. In addition, he also served as Director of PT Ancora International since 2011-present. 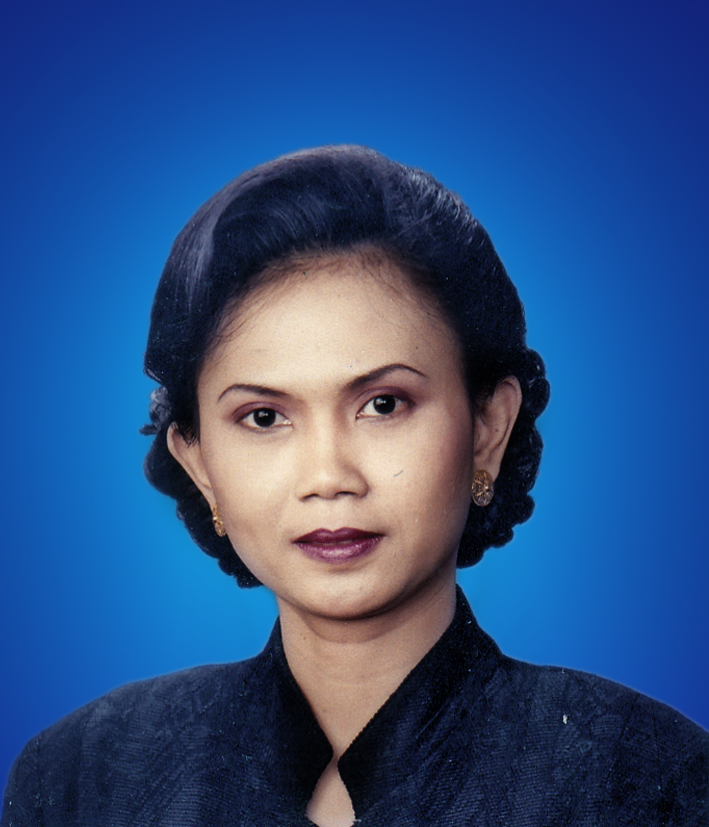 Independent Commissioner
Member of the Board since 2015

An Indonesian citizen. Completed his Bachelor of Law from Indonesia University Majoring in Economic Law in 1992, and Master of Notariate from Indonesia University in 2002. His career began as Associate with Law firm Kartini Muljadi & Associates since February 1993 until June 1996; as Senior Assistant for Law Firm Da Silva & Suhardjadi (previoulsy named Law Firm Da Silva, Subandi, Suhardjadi) (1996-1999), as Partner (1998) and Managing Partner (2013-present) of the same Law Firm. Presently, he concurrent as Commissioner of PT Anugerah Karunia Muliasejahtera since 2004 and served as Company Independent Commissioner since 2015 until present.
Board of Directors 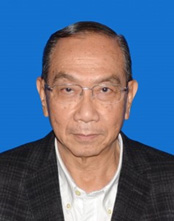 President Director
Member of the Board since 2016 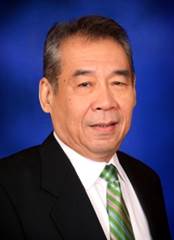 Director
Member of the Board since 2014 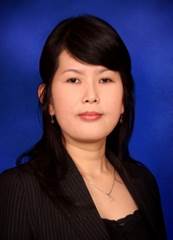 Director
Member of the Board since 2014

An Indonesian citizen. Obtained Bachelor in Accounting from Diponegoro University, Semarang in 2001. Previously he served as Company Independent Commissioner (August 2011 – November 2013) and Unaffiliated Director of the Company (November 2013 – October 2014). Served the Company’s Director since October 2014 until present. 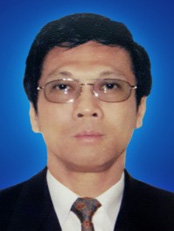 Director Independent
Member of the Board since 2014

Head of Audit Committee
Served since 2015

An Indonesian citizen. Completed his Bachelor of Law from Indonesia University Majoring in Economic Law in 1992, and Master of Notariate from Indonesia University in 2002. His career began as Associate with Law firm Kartini Muljadi & Associates since February 1993 until June 1996; as Senior Assistant for Law Firm Da Silva & Suhardjadi (previoulsy named Law Firm Da Silva, Subandi, Suhardjadi) (1996-1999), as Partner (1998) and Managing Partner (2013-present) of the same Law Firm. Presently, he concurrent as Commissioner of PT Anugerah Karunia Muliasejahtera since 2004 and served as Company Independent Commissioner since 2015 until present. 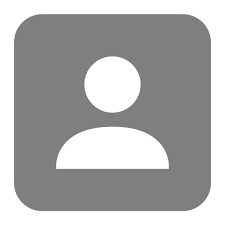 Indonesian citizen, He completed his Electrical Engineering degree at the Bandung Institute of Technology and the Master’s Degree of Business Administration from the Prasetya Mulya Management Institute, Jakarta. His experience as an Audit Committee began in 2006 until now. Currently he is a member of the Audit Committee of PT Megapolitan Developments Tbk and PT Smartfren Tbk.

Indonesian citizens. His work experience as a Senior Auditor began in 1993 - 1998 at the Public Accounting Firm Rasin & Ichwan, as AVP at the Bank’s Head Office from 1993 -1999, as Team Leader in the Credit Risk Management, Monitoring division and Asset Sales at IBRA from 1999 - 2002, as Chair Risk Management Division at Hudson Advisor Indonesia from 2002 - 2004, as Credit Officer at BD Multi Finance Tbk from 2005 - 2007, as General Manager at the International cargo shipping companies from 2007 - 2008, as General Manager at Business and Credit at Bank Agris from 2008 - 2009, as Independent Commissioner at Amin Bank from 2009 - present, as Managing Partner at Harris & Gindo Registered Public Accounting Firm from 2012 - present. 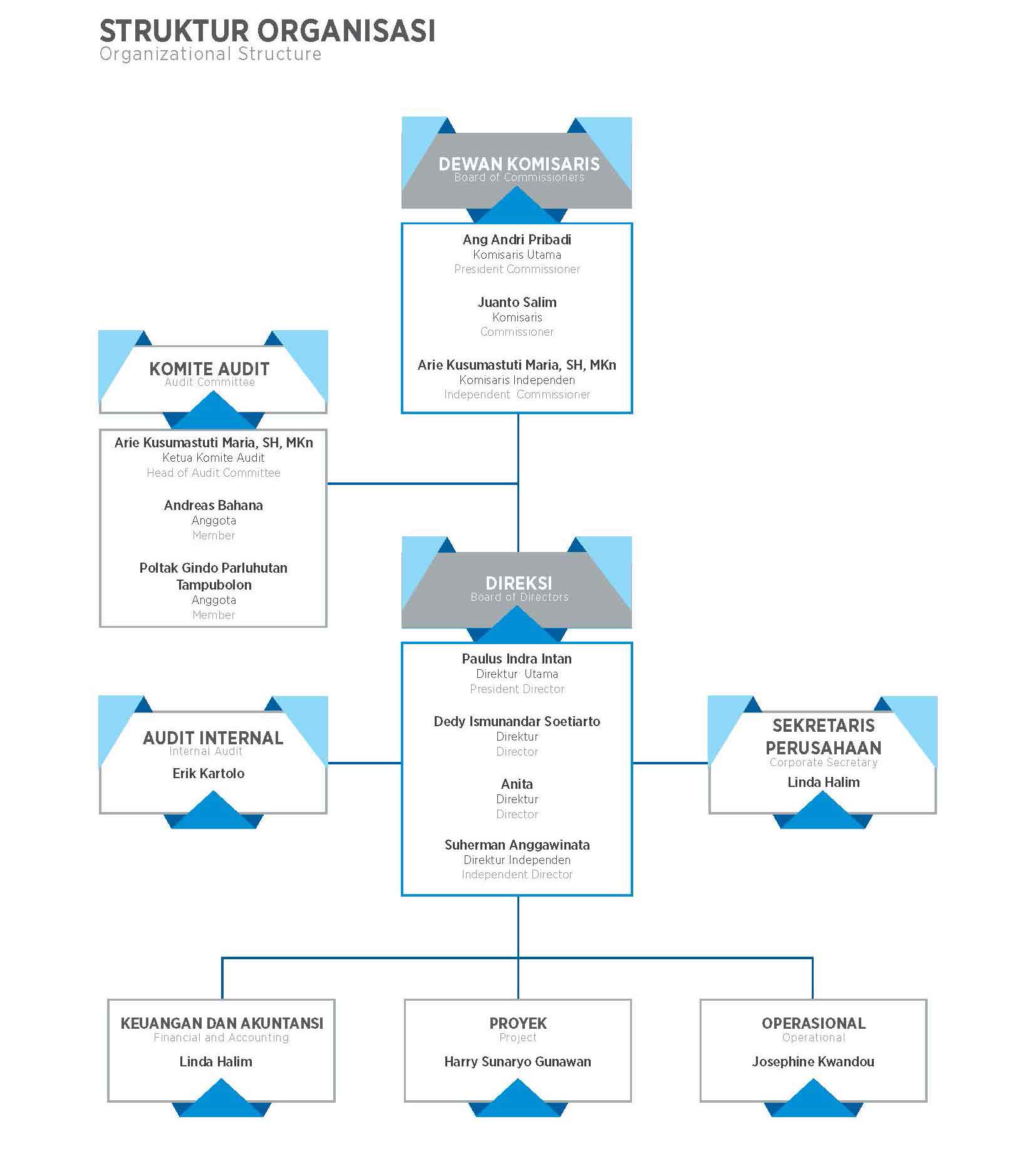 Composition and Information Of Shareholder 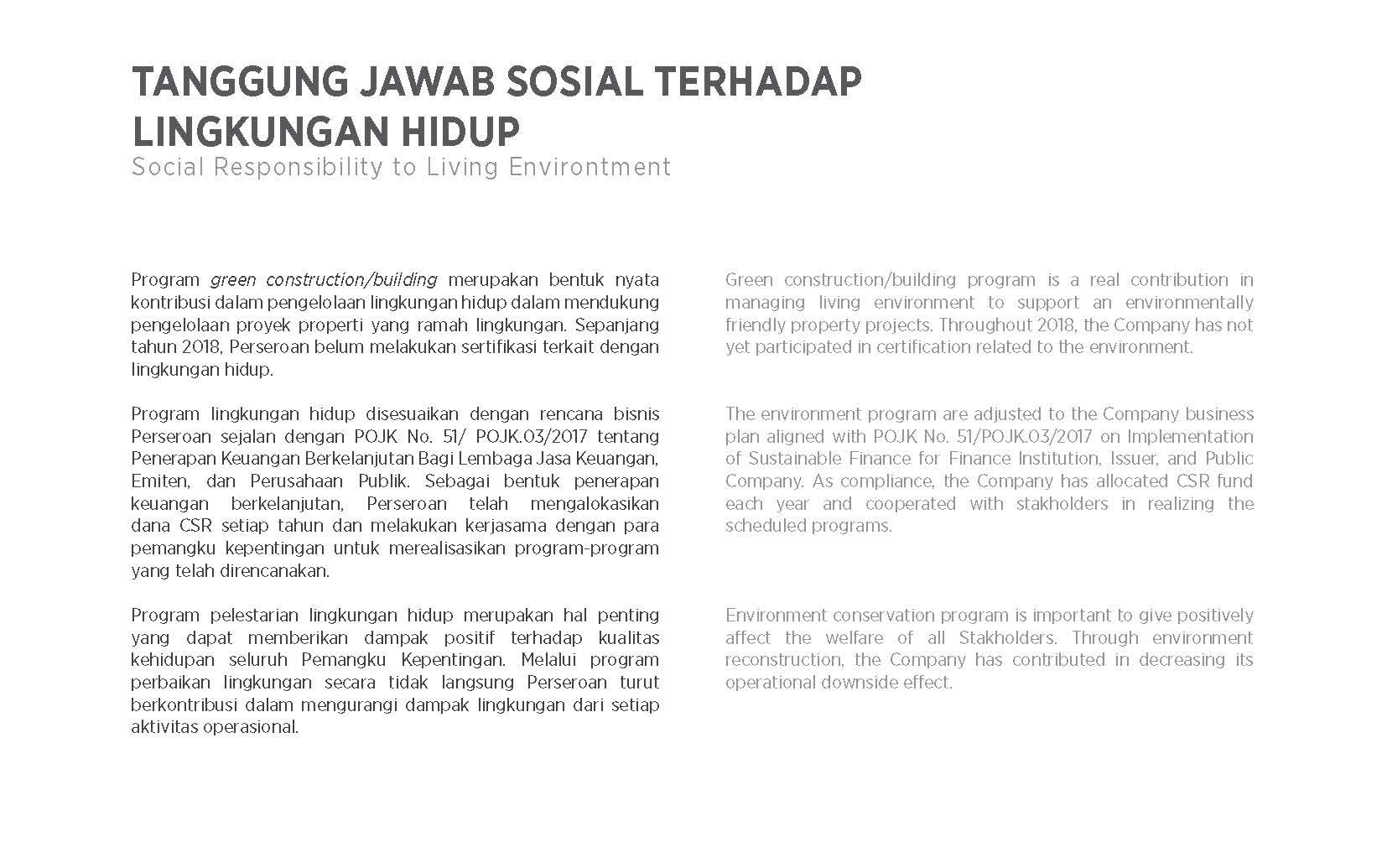 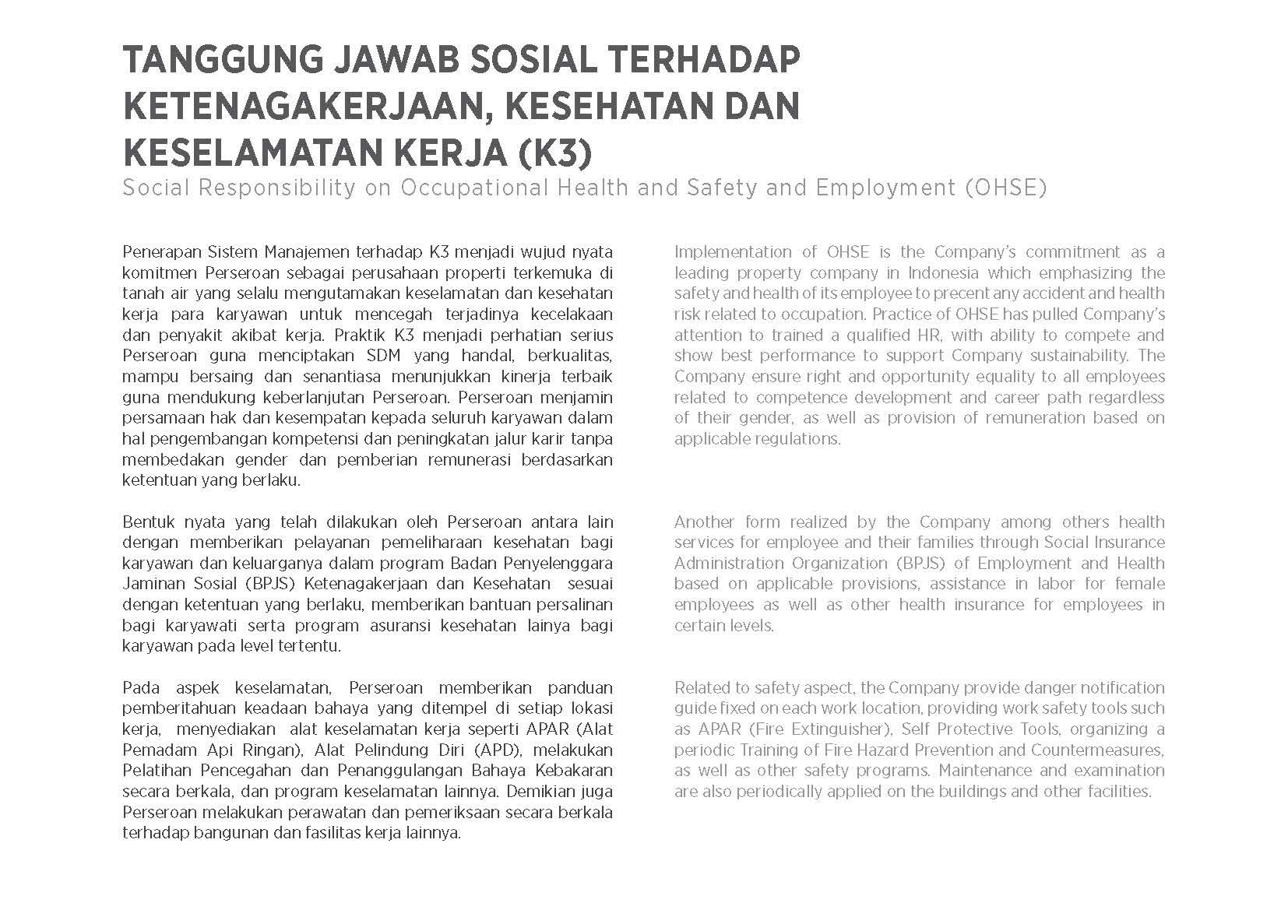